The protagonist of new Netflix series Mo, which hits the streaming service on Friday, doesn’t take well to adulteration of his favorite food, calling snack cup hummus a “fucking war crime” and telling a woman selling chocolate hummus: ” You know what you just did, you just insulted my grandmother.”

It’s the kind of approach that can unite even Israelis and Palestinians behind a common cause.

Created by and starring stand-up comedian and actor Mohammed Amer, the show is heavily autobiographical, drawing on his complex identity and history. Like Mo Najjar, Mo Amer was born in Kuwait to a Palestinian family originating from the village of Burin near Nablus in the West Bank.

His family fled Kuwait for Texas after the Gulf War in 1991 when Mo was 9 and settled in Houston, where they spent 20 years trying to gain legal residency while facing the challenges of being undocumented and having neither health insurance nor working papers. Both real and fictional Mo have had a relationship with a Mexican Catholic, complete with cultural clashes and family disappointments. And both struggled with the trauma of escaping war and losing their father as teenagers.

Amer has also explored his complicated identity in two Netflix stand-up specials, 2018’s Mo Amer: The Vagabond and 2021’s Mohammed in Texas. He also stars in the Hulu series Ramy, about a first-generation American Muslim of Egyptian descent living in New Jersey. 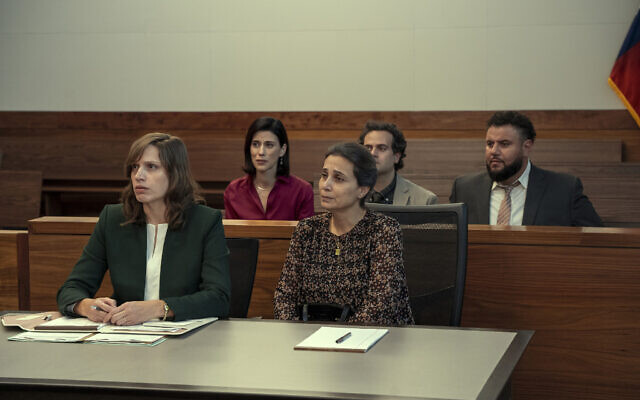 The comedian said he felt a lot of responsibility in creating and filming “Mo.”

“That’s the first thing [American] Show with a Palestinian man and a Palestinian family fleeing the war,” Amer told CNN last week. “How do you deal with it? How do you balance all the stories I’ve accumulated? We had an embarrassment of wealth because it was based on my life and luckily and unfortunately it was a lot that we went through.

Mo’s Palestinian identity is the focus of the sitcom as he constantly emphasizes his strong connection to the place he was never able to visit. (After Amer finally obtained US citizenship in 2009, Amer and his family were able to travel to the West Bank and Jerusalem in 2016).

Amer told NPR last week, “I definitely identify as a Palestinian, but I — you know, it’s one of those things that I, as a refugee asylum seeker in America, someone who’s trying to fit in and feel like — kind of Have a sense of belonging, you become a chameleon,” he said. “I definitely identify as a Texan Palestinian. I mean, I know it feels like a juxtaposition and like two worlds that should collide, but I’m very comfortable in those two worlds.”

Simultaneously heartbreaking and hilarious, “Mo” explores Amer’s identity as a Muslim, Palestinian, refugee and asylum seeker, and even a Houston native. But references to the Israeli-Palestinian conflict are played out for laughs rather than dramatization.

Mo interrupts two arguing Arab and Jewish friends on the show and asks, “Rabin, Arafat, are you finished recording your podcast?” When he tells a Texan he is Palestinian and hears “Shalom” in response, Mo replies: “Yes, it’s a real branding issue.” And one night he’s playing arcade games and he says to his friends, “It’s like throwing stones, the Palestinians should be the best at it.” 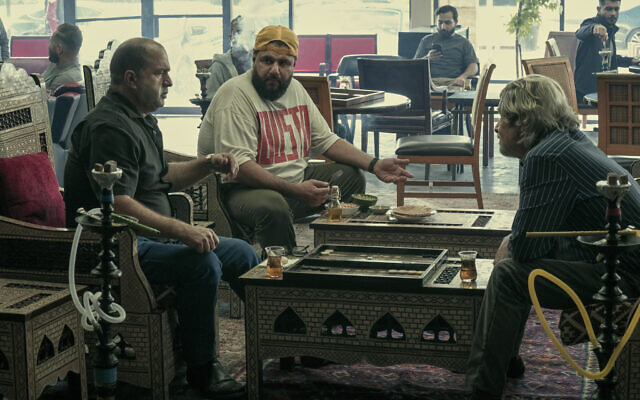 Kamal Zayed as Nazeer bickers with Alan Rosenberg as Aba while Mo watches Amer, who plays Mo, in an episode of the Netflix comedy series Mo. (Rebecca Brennemann/Netflix)

Replacing the family’s longtime but ineffective Palestinian immigration lawyer for an open-minded Jewish lawyer generates both some comedic and some heartfelt moments.

Amer said it’s important that his identity be the focus of the show without feeling like propaganda.

“Obviously that’s part of our origin story,” he told Variety. “It was important to communicate that very clearly without being overdone. A lot of shows are filled with near-propaganda and want to put so much in your face. While this is just a really gentle story of a family struggling emotionally after being displaced a second time trying to put the pieces back together.”

Ultimately, Amer said he tried to tell his own very narrow story in order to connect with a much broader audience.

You are an engaged reader

We are very pleased that you have read X Times of Israel article Last month.

That’s why we launched the Times of Israel ten years ago, to provide discerning readers like you with essential coverage of Israel and the Jewish world.

So now we have a request. Unlike other news agencies, we have not set up a paywall. However, as the journalism we do is expensive, we invite readers who have found The Times of Israel important to support our work by joining The Times of Israel Community.

Many Thanks,
David Horovitz, founding editor of the Times of Israel